God that was good wasn't it?

It's only after a great performance and 3 points like we saw against Swansea last night that you realise just how difficult the last few months have been. I don't think anyone predicted the drastic swing in Liverpool's fortunes that saw us nearly win the league 10 months ago to sitting 10th in the league at Christmas.

After back to back wins and perhaps more importantly an impressive display and four goals last night Liverpool FC end 2014 if not on a high, certainly on an assent.

I'm not going to go in for a big review of the year as there will be hundreds of those around, plus I can barely remember last week let alone 6 months ago, but I do want to make a few observations about last night...

Coutinho is class - I thought he was absolutely majestic last night, full of running, clever and his deft touch for Lallana's goal was sublime. He is still very young and I just hope he can develop into the world class player that he has the potential to be. Our only problem will be keeping hold of him if he does.

Lallana looking the part - He was one of the signings I was most happy with and despite not exactly setting the world alight I felt Lallana had been one of our better performers this season. He has undoubted ability and class and last night that began to show through more comprehensively. Now I just hope he kicks on and starts to gamble a bit more in the final third and has more shots and looks to slip those clever balls in... as opposed to always checking back the way he seems to love to do. Definitely he best performance in a red shirt so far.

Can, can - It's puzzled me why Can has not featured more so far this season, but his introduction into the back three has a been a revelation. I know we didn't buy him as a defender but he has experience at CB for the German U21 and at Leverkusen and on the evidence so far he could have a future there for Liverpool. He looked utterly composed and extremely calm - exactly what we've been crying out for at the back. 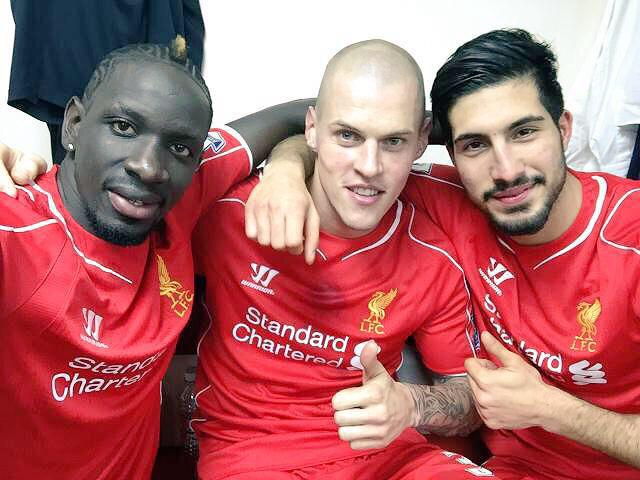 Henderson is better in the centre - I don't think there was any doubt about this really. but I enjoyed seeing Henderson back in the middle and he looked much more comfortable himself. He was able to sit in with Lucas when needed, but with Lucas doing the dirty stuff he was also able to join in with the front three and make those bursting runs that we enjoy so much.

Mignolet is better than Jones - again, I don't think there was any doubt about that really. Mignolet does not look like the long term answer for us, not in the slightest and we desperately need to buy a keeper in January but I feel happier with Mignolet in goal than I do Brad Jones.

Sterling Finish - Sterling has looked fantastic playing as a makeshift centre forward his movement and intelligence is way beyond his years and he can just start to add better finishing to his game he will become unstoppable.

I also think Manquillo and Moreno should get a mention, they performed well in those wing back positions. Manquillo will never be as attacking as Moreno, but he does a decent job. Lucas as ever did all the simple stuff really well, I'm so glad to see him back in the side regularly. Sakho as well deserves a mention, their goal was as much Skrtel and Henderson's fault as it was his.

Let's just really hope we can continue this sort of form into the Leicester game and 2015 might just start to look a little rosier again.
Posted by The Anfield Shrine at 05:34:00 No comments:

This morning I was thinking back to the last game of last season... we'd just beaten Newcastle but narrowly missed out on our first title for over 20 years. Stood on the Kop I was applauding and saluting an incredibly exciting group of young players... who had been fearless in one of the most exciting seasons I had ever experienced. Deep down I knew I was probably waving goodbye to Suarez... but I still had faith. I had faith in the man who was saluting us, small... determined... passionate. Shankly like. Brendan Rodgers.

Less than 6 months later and that optimism and excitement has drained faster than Chelsea fans take to start singing about Gerrard.

Suarez is sunning himself in Spain and we've been without Sturridge for most of the season. Our dodgy defence has been exposed by our lack of fire power and over 100 million's worth of new talent is taking it's time to fire. Many are doubting its quality in the first place. Rodgers' claims that any side spending that sort of money should be challenging for the title are starting to look very foolish.

This week was heralded (as they often are) as the week which would make or break our season. After two wins on the bounce, and what looked like a small resurgence we suffered a disappointing draw against Sunderland at home. Now we face 90 minutes against Basle to save our season and then a tricky away game at The Theatre of Wet Dreams against a Utd side who look to be ominously getting back on track. They feared us last season... and who can blame them? You fancy they aren't quaking in their luminous boots this week.

Rodgers despite recently being backed by FSG is under intense pressure. Some say a Champion's League exit and loss at Utd could lose him his job. Despite the so called support there are clear whisperings in the press that FSG are assessing their options... bizarrely one of whom is a man who oversaw another huge overspend and then subsequent disappointment,  one AVB. 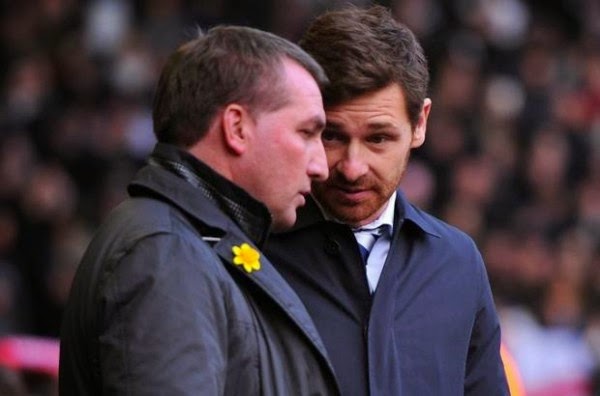 These sort of mumourings do nothing to help the situation. FSG, the club and the fans have to decide if they are going to stick or twist with Rodgers. He deserves more than to have a sacking constantly looming over his head during this crucial period. Liverpool, FSG... fans... players... collectively need to decide to back Rodgers now regardless of what happens in the next week. Otherwise he may as well go now for whatever happens this week, when the next bad patch comes around... it will start all over again. That is not how to build stability at a club.

The problem Rodgers and FSG have is that modern football is an unforgiving world. You need instant success to survive and instant success starts with regular Champion's League football.
FSG aren't blameless in any of this however... if they are seriously questioning Rodgers credentials as the man to achieve prolonged success at Liverpool I would question their judgement. If it is instant success you want, I would question a policy of investing in youth and potential... not just in terms of players but the manager too. Appointing a young and exciting coach, but one with no European experience is not an approach guaranteed to bring you instant and European success. It is a policy which requires a huge amount of patience and an ability to hold your nerve and stick by your convictions. If FSG do oust Rodgers by Christmas I would suggest that they don't really know what their policy is.

Amongst all of this, I think we do need to keep a sense of perspective. Our season has been hugely disappointing so far, but I believe Rodgers deserves time to turn things around. However I would also suggest that the Basle game is largely irrelevant... aside from the financial boost of the next round,  a win will only prolong the wait we have to be dismissed from the competition by superior opposition. That may seem incredibly pessimistic and there is no doubt of the confidence that a win would breed, but for me more important is a win at Utd and a sustained and march into the top four places. A disappointing first campaign in the CL is not the end of the world.... not being in it again next year is a disaster.

If we can get through Christmas still in touch with the top 4 I will be happy. Sturridge will be returning, Rodgers and 'the transfer committee' can make a honest assessment of the squad and make some difficult decisions on who to stick with and where we need to strengthen again.

Rodgers appears to learn from his mistakes quite quickly,  despite a perceived stubbornness around his 'philosophy.' He has taken a lot of the new signings out of the equation over the last few games and gone with players who if not considered the most talented (Lucas, Enrique, Toure) he knows he can trust and who have experience. It's a wise move, the new players can have the pressure taken off them a bit and continue to settle in and acclimatise. Meanwhile hopefully we can grind out some results and stay in the hunt.

I have had my doubts about Rodgers, I think anyone would have had... but at this stage I feel that we as fans and FSG as owners have to hold our nerve and back him. It might backfire... but personally I see absolutely no value in bringing in someone like AVB who would want to impart his 'philosophy' and bring his players in... after all, worked for him in the past hasn't it?
Posted by The Anfield Shrine at 12:35:00 No comments: