One of the new generation of Kopites leading the way these days with intelligent comment and loyal, passionate support, Paul Grant writes a guest post for The Anfield Shrine looking at what legacy our current side could leave behind... whatever happens this season..

As we our currently facing our biggest title challenge for 24 years, I thought it would be a good time to reflect on just how far we have come, not only in the past few months, but since Brendan Rodgers took to the throne in summer 2012. Without commenting my opinion on whether I think we will eventually win it or not I will take a look into the possibly legacy that Rodgers and our current squad can leave. 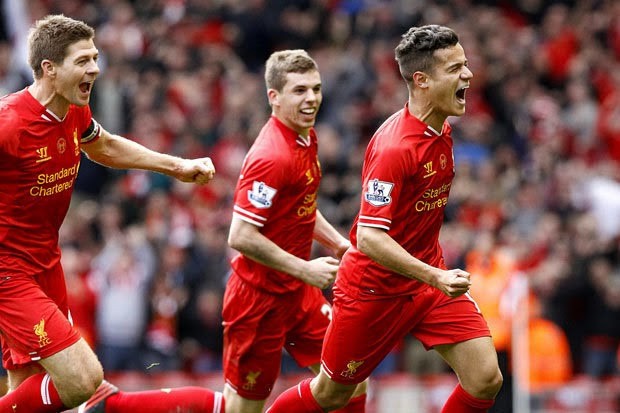 Despite having the wonderful presence of Kenny Dalglish leading us to our first trophy in 6 years and taking us to a FA cup final there was no denying that we finished in our worst league position for 50 years. Deep down I believe we all knew that it was time for a change in the hot seat, even if it meant sinking possibly lower. The owners were left with the daunting task finding us that man who would reshape our team from top to bottom in order to lead us success in years to come, that man was Brendan Rodgers.

Looking at Brendan’s previous track record there was certainly a sense of doubt, admittedly from myself also. Sacked after 22 games in charge of Reading, and despite leading Swansea to promotion to the Premier League there was whispers of him just simply inheriting Roberto Martinez’s side. We heard in the very first few weeks about how Brendan is going to take us not only back into the Champions League elite but hopefully lead us to a title challenge and by how we would do it playing an attractive possession style game, somewhat similar to his Swansea side who he lead to 11th in his debut Premier League season.

In the early days, although it didn’t seem the results were going our way, we could certainly see the managers imprint on the team, shown through signings like Joe Allen, and despite only finishing 7th in our first year with the new boss we knew that things would certainly be a lot brighter in years to come.

Fast forward 12 months, a lot has happened, on and off the pitch. We currently sit 4 games away from our first league title in 24 years, and whether we manage to pull it off or not, there is certainly no doubt that not only Liverpool fans, but football fans in general are amazed at the job Rodgers has done with Liverpool. Despite missing out on numerous transfers since his arrival he has managed to get 110% out of every single player on the pitch. Even one of the few tactical criticisms of Rodgers football about being too predictable has certainly been blown out the water. 5-3-2, 4-2-3-1, 4-3-3, 4-4-2 diamond; we have seen it all this season and there is no doubt that it has worked well to our advantage, one perfect example of Rodgers influence on players is to look at Steven Gerrard.

“He’s over”, “His legs are gone”, “He’s a shade of the player he once was”, just a few comments I recall from the past few seasons about Steven Gerrard. Now sitting in his deeper, playmaker role for us leading us to an impeding 19th title there is no doubt that Rodgers has not only improved him as a player overall but has probably extended his career for another 3 or so years.

Being of the younger generation of Kopites, I have grown up with Gerrard, in fact I attended my first Liverpool game not too long after his debut. There is no doubt for me that he is the greatest Liverpool player, admittedly it is hard to say this as I never grew up with the greats of Rush, Dalglish, Barnes, Souness, Keegan, Liddell etc. but I think most will agree it will certainly be hard to deny him of that title if he leads us to the championship.

Another example of Brendan’s terrific man management is his handling of the Luis Suarez situation. Around a year ago, I remember getting outside Anfield to read this confusion on my phone that Suarez had disgraced the club by biting Branislav Ivanovic’s arm. I was horrified, not only by the incident but the seemingly certain departure of the player. Again, fast forward 12 months, he has transformed his game and is now widely regarded as one of the best in the world, 29 league goals, despite missing the first 5 games through suspension and with 4 games still to play he has certainly sent shockwaves around the world, mainly to certain Premier League defenders.

There is always arguments about the legacy of players, who is determined as the greats, no doubt if Michael Owen and/or Fernando Torres would have stayed with us that they were certainly destined for legacy at the club but their departures have somewhat of a sour taste in our mouths, that is one reason why I really would love for us to win this league title. Not only would one of the greatest strikers in the world almost certainly be staying with us for at least another season but he would be propelled into Anfield greatness; and despite all his negatives there is no doubt that he brings many smiles around Merseyside and we hope it continues for years to come.

But regardless of how these next 4 games end up, there is no doubting the great job that Brendan Rodgers has done for our team over a relatively short time period, and hopefully continues to do. No doubting that Gerrard is one of the greatest players to wear the famous red shirt. No doubting that Suarez is one of the greatest strikers to play for us and is possibly one of the best in the world. We must not forget that, no matter how this season ends, but there are also no doubts that not only those 3, but the other players who have all chipped in with their bit this season will earn a place in our hearts for the rest of our lives.

Tweet Paul @PaulGrant94
Posted by The Anfield Shrine at 03:42:00 No comments:

I am now wholeheartedly ashamed of my initial doubts about Brendan Rodgers considering the season we are having. If he brings us our first ever Premier League title and first league title for 24 years, I won't just eat my words, I'll write them on myself and run down Bold Street naked*.

With Liverpool fans not only starting to dream, but actually believe, Rodgers continues to impress me with the way he is handling the situation and talking up, and down, our chances. He is managing to keep everyone's feet on the ground while also instilling the confidence and belief in the players that has got us to where we are with 6 games to go. 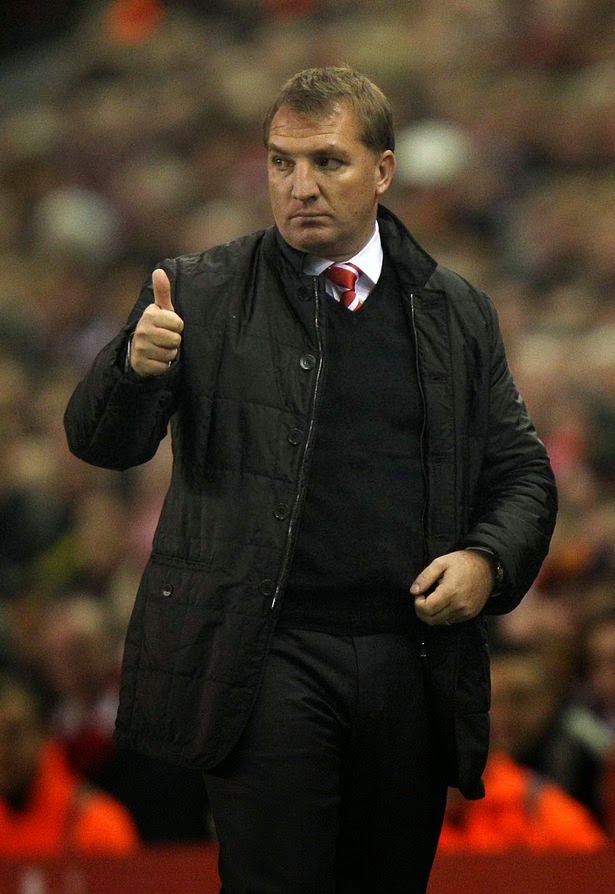 A story that emerged today have particularly impressed me. Luis Alberto and Iago Aspas are two players that have been in the virtual Anfield wilderness this season, with no starts for Alberto and very little action for Aspas they are two players who most of us won't have given a thought to over the last few months. I'm sure many would expect them to depart in the summer. However, at this crucial time of the season Rodgers has decided to discuss them... their good attitudes, their attributes and their ability to contribute.

Why? Well I think it's a master-stroke.

Firstly, he is showing the man management skills that we hear so about and installing some confidence in two players who must be struggling with the fact they have offered so little in such an incredible season.

Secondly he is underlining the team and group mentality, in that we are all in this together... we win as a group and we lose as group, everyone has something to contribute, from the fans, to the starting eleven, to the fringe players.

Finally, as we enter the crucial final phase of the season, he is reminding two fringe players that their chance may yet come, in whatever guise. He is readying them to potentially make an impact and become heroes. Imagine... not that we want to, that Suarez or Sturridge get injured on Sunday against West Ham? Or we suffer injuries in midfield. Football is a cruel mistress, if by some strange occurrence either of these two players get thrown into the mix of a title challenge... Rodgers wants them to be ready to seize their moment. And so do we.

*I won't do that. No one would want to see that.

Tweet @AnfieldShrine
Posted by The Anfield Shrine at 03:58:00 No comments: