I hadn’t been to an away game for years, I think my last being a glorious FA Cup trip to St. Andrews to see us hammer Birmingham City 7 nil. My away record overall doesn’t read quite so well, having witnessed, among others, a drab nil nil draw at Leicester City and losses to Bolton, Portsmouth and Southampton. The scene of that last embarrassment was our destination today. Having recently moved back south to Wiltshire, Southampton is now my closest premier league ground and with my Dad’s connections to Southampton and some Saturdays in the 70s spent at the old Dell, we had earmarked this away game as a potential one to get to. A speculative enquiry to the editor of this fine fanzine about any potential spare tickers bore fruit in the week leading up to the game. 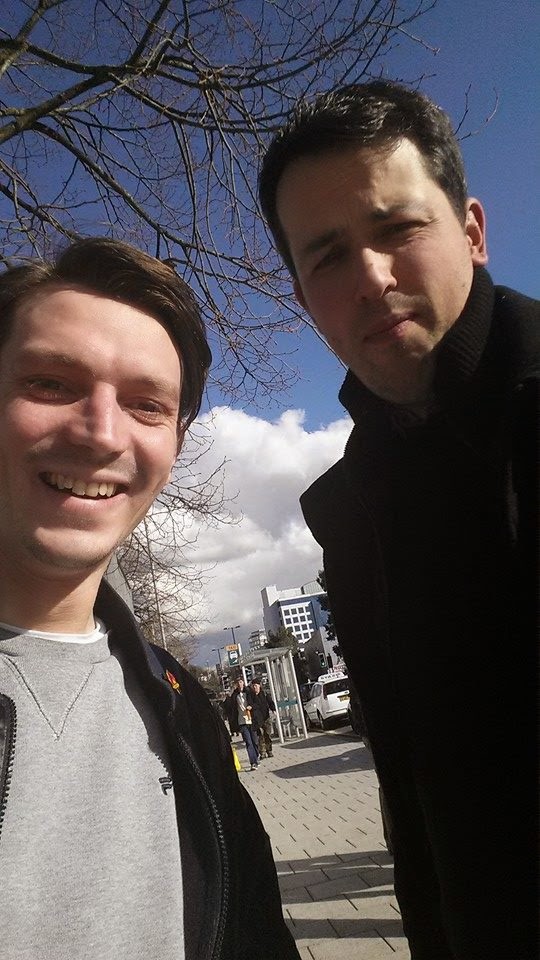 As it turned out my Dad couldn’t make it, so I turned to one of my previous away day cohorts and fellow southerner, Joff. We all knew before this game that our record at St. Mary’s was not brilliant, add to that the fact Southampton are the only side to have beaten us at Anfield this season and a very capable team and it was clear that this was a huge game for us. As you may have noted from some of my previous columns, I am very much a reluctant pessimist and I’m still in a constant state of anticipation that our season will come crashing down around us at any moment. Given that mine and Joff’s away record is not the best, we set off with much excitement, but prepared for the worst. Our aim was to enjoy the away day experience that we’ve missed so much and the experience that makes for such a refreshing change compared to the sometimes clinical and staid modern football roadshow of a home game.

It was a beautiful morning and really felt like the start of spring. A cheap and relatively swift train journey from Salisbury found us in Southampton for around 2:30pm, by which point we had already consumed a relatively large amount of Jager, helped down with Red Rhino or some other Red Bull imitation and some accompanying Birra Moreti, just to add a touch of class to proceedings. Joff had cunningly smuggled said Jager in mini bottles of Vimto, in case any overly enthusiastic southern constabulary took affront to our public drinking. The plan would only fall down if for any reason a desperate mother asked for a refreshing swig of our Vimto for their thirsty child.

More glorious sunshine greeted us in Southampton and having gleaned from a few away guides and fellow travelling reds that Yates of all places was the ‘designated away pub’ we started walking up the hill in that direction. Knowing that the giant doormen on the Yates doors were unlikely to let us in with 2 or 3 glass bottles of premium lager and some ‘Vimto’ we decided to finish off the rest of our liquid picnic in the nearby park. It’s funny what an away day does to you, or allows you to do. If I found myself sat in a park downing makeshift Jagerbombs from plastic glasses acquired from a ‘Pumpkin’ train café, I’d start to have serious concerns around where my life was going, on an awayday however, it’s all part of the day and perfectly acceptable. Just don’t tell Thatcherites. Yates hadn’t really started to liven up when we first arrived, and I completely understand the irony behind my declaration that it was ‘full of wools’ considering we were about as wool as it comes, but there was a definite feel that it was very much heavy with Southampton based Liverpool fans with no real sense of ‘atmosphere.’ There were even some normal Saturday afternoon shoppers / drinkers trying their best to enjoy their beloved Yates experienced and rubbery Hunters Chicken.

A highlight was probably one of the oldest DJs I’ve ever seen trying to make us feel at home by playing any remotely Liverpool related song, extremely loud, and drowning out any attempt at a song from Liverpool fans themselves. We were treated to everything from The Beatles, to The Zutons with some slightly odd versions of our terrace favourites thrown in.

As more and more reds piled in and more and more shit lager flowed the ‘atmosphere’ did begin to pick up and the songs soon got going. By about 4pm we were in full flow and bouncing around spilling our shit lager all over the place. It was around this time that we realised we’d better think about heading up to the ground to meet JJP and get our tickets. It wasn’t much of a walk up to St. Mary’s, and to be honest, it was a bit of a blur.

We spotted JJP and his compatriots outside the away end, and shared introductions before heading in. It was great to see the Ed. after such a long time and I must thank him again for sorting out the tickets.

The atmosphere inside the ground was already building nicely, as you’d expect with thousands of scousers having a long trip down for a 5.30pm kick off and plenty of ‘ale time.’ By this stage my pessimism and nervousness had pretty much evaporated in vapour of Jager and Carlsberg.

Quarter of an hour in and that pessimism evaporated further as Suarez finished brilliantly from what initially looked like a lovely through ball from Sturidge, but in fact turned out to be quite a fortunate deflection off Fonte into Luis’ path. It’s bit of luck like that which you need to be successful, especially at places like St. Mary’s.  I know it’s a cliché but I think if you’re positive, luck does come your way.

The travelling Kop were rapturous and bounced to the stalwart Suarez song, but on the pitch Southampton weren’t going to just roll over as they spent the remainder of the half playing some nice stuff and knocking on our door. Lallana was unlucky not to draw them level as his clever shot rebounded off the post and Mignolet pulled off a brilliant diving save to deny Rodriguez.

Half-time was spent on a raucous concourse as ‘We are Liverpool…’ didn’t let up and nor did the flagrant disregard for the smoking ban… which even as a non-smoker I can’t help admire.

Sterling replaced Coutinho 10 minutes into the 2nd half and made an immediate impact to slot in yet another Suarez assist. Then we felt we could relax a little and really enjoy ourselves and the scouse presence in St. Mary’s didn’t let up in terms of volume.

A great early evening was wrapped up as Gerrard dispatched his 90th minute penalty with the sort of composure that we have become accustom to and there ended a genuinely fantastic result for Liverpool FC.

I would agree with Rodgers that this could well have been up there with the Arsenal rout, not necessarily in performance or style but certainly in terms of importance and setting a marker.

The ‘we’re going to win the league’ chants were inevitable considering the immediate excitement, but as always I am trying to apply some restraint and realism.

As I write this, 2 weeks have passed without us playing again and we are now fast approaching the much anticipated trip to Old Trafford. I can appreciate and welcome talk from the likes of Fowler about really compounding Utd’s misery and we are in the unusual position, probably in my entire lifetime of going in to this game as favourites, which is always a danger. But we should be confident, no doubt.

I would rather we take the Mourinho approach and continue to play down our chances, and equally play up Utd’s threat… we don’t want any sort of complacency creeping in.

By the time you read this we’ll know the result… so let’s just hope my pessimism continues to be proved wrong. Whatever happens, we’re in for one hell of a ride before the end of the season and let’s just not forget how far we have come.

Tweet @AnfieldShrine
Posted by The Anfield Shrine at 09:00:00 No comments: