Ludogorets Razgrad – A view from Ibiza

It’s Tuesday the 16th of September and 2014 and we are back where we are meant to be – The Champion’s League. Now it’s one thing for Liverpool fans to travel the continent watching our beloved reds in the places they are actually playing, but we all forget sometimes the regular struggles and adventures encountered attempting to watch the game when on our other travels – work trips, city breaks, weddings abroad and summer holidays.  Having moved away from Liverpool I am finding it difficult enough to get to Anfield as it is, but I was a little bit gutted to have to miss my first European game at Anfield for God know’s how long due to being on my 6th night of a week on the party Island of Ibiza.

Now don’t get me wrong, Ibiza is one pretty amazing place to be, and my compatriots and I had enjoyed a truly glorious week of partying, beaches, laughter, cocktails and the odd ‘recovery’ smoothie. My great mate, fellow Tom and regular match going companion since our Uni days and I were desperate to catch the Ludogrets game having missed our loss to Villa at the weekend and having only vague recollections of being told by someone in a darkened techno filled club that we had lost one nil. I hadn’t believed them, only to wake up and realise that it hadn’t all been a bad dream. So the three football hating females who made up the rest of our crew; reluctantly agreed after five football free days to find somewhere for us to watch the game.

We headed for the rather unglamorous and ‘Brits abroad’ end of the Playa Den Bossa strip and quite easily found a classic holiday establishment which appeared to trade as everything from a bar; to a supermarket; to a games arcade and sometimes pizzeria which had ‘Liverpool – Ludogorets’ scribbled on a blackboard. As me and Tom sat down and ordered  Cervezas we agreed that despite being on one of the most beautiful party Islands in the world, we both rather wished we were in that standing Kop as usual. There is something quite wonderful about watching your team in some Spanish basement dive though, dodgy Sky, a group of sunburnt lads from Yorkshire playing pool and an ancient gamer flashing in the corner. We had hoped to combine the game with some food, but as we were looking for something nicer than a soggy pizza, food was off the agenda for 90 minutes. Our supportive females purchased an array of English crisps to keep us going. You can’t beat a pickled onion Monster Munch when you’re abroad.

So we kicked off and I think we can all agree that we were rather taken aback at the quality, pace and inventiveness that Ludogorets showed. Even we could see without sound from the rather jittery satellite that ITV had built the game up as ‘returning European giants’ against unknown minnows, but you’d think everyone would realise by now that any side getting to this stage of the Champion’s League are no push over. It was the first time I’d seen Lallana in a Liverpool shirt, which I was excited about but our line up certainly had a fresh look to it what with all our new faces and recent injuries. It was perhaps no surprise then that we looked a little disjointed at times and struggled to get into much of a rhythm. I am not one to be negative, but I am sticking by my unsure first impression of Lovren and I think he was lucky not to concede a penalty early on. Sterling, Coutinho and Henderson produced our best football of the first half with a brilliant and pacey move, only for Lallana not able to quite provide the finish.

So a typically frustrating opening first half of European football and not a huge amount to get excited about.  After attempting to show an initial interest, with questions like ‘is it home or away’ and ‘what is Liverpool’s away kit like?’ our girls were now more concerned with having a cigarette outside and the fact that Olympic gymnast Lewis Smith and his mates had taken over the pool table. Tom and I settled in for the second half and more Cevezas. I felt that we really started to open them up a bit more after half time, but continued to look a little fragile at the back. Henderson produced a brilliant ball for Manquillo only to hit over – but it was a difficult chance for the impressive right back. Mario looked full of endeavour but was struggling to get in goal scoring positions. I think it’s patently obvious that he will perform better with someone alongside him up top and I think that showed with the introduction of Borini – perhaps not out in the cold after all? He should have scored with his second touch of the game, heading straight at the keeper. A glorious chance. Sakho and Lovren can’t seem to handle when one of them should go to get it and the other one cover… we still looked a little all over the place at the back and got off lightly when they hit the post.

Then the moment came… Mario’s moment. A slightly scrappy, bobbly take in the box, which sat up and he finished expertly with the outside of his boot. A poacher’s goal in front of the kop. He is going to be a hero, I’m certain of it… it just feels like the perfect fit. So absolute relief in the basement – among myself and Tom at least. Now could we just kill the game off? Apparently not. We seemed intent on getting a second, with Moreno caught ahead of Sterling as we lost possession and Ludogorets countered quickly. Even with our left back out of position, again the central two were easily split with a decent pass though and with Mignolet rushing out mindlessly they easily slotted in the equaliser.

Cue heads in hands. But then came a poor pass back and poor control from their keeper - credit to Manquillo for not giving up on the loose ball and then inviting the foul for the penalty. We had our second chance. Gerrard took it like only he can, with absolute composure and calmness. Cue absolute delirium from two slightly sunburnt Toms. The girls were just glad it was all over, and to be honest, in some ways so was I. There was a feeling of relief as opposed to jubilation over an unconvincing Liverpool performance. A really tough game – but we got through it. Having Champion’s League football back at Anfield gives me a buzz that nothing else can – even in Ibiza.

This article first appeared in Issue 203 of Red All Over The Land and incredibly fails to mention a certain Mario...

The nervous and quite frankly fortunate opening day win over our feeder club felt like an age ago by the time bank holiday Monday came around. In all the excitement over Mario, I’d not given the huge game against City much thought. Sub consciously I think I just didn’t want to think about it, such a big test so early on is always going to be tricky and after the incredible ride of last season, now there was some expectation. Whether we liked it or not.

So what of the game? Well it was disappointing; there is no way around that. We did indeed play well for the first half an hour… but there are worrying signs and I just hope they begin to go away soon. I’m not one to be negative, but our lack of a cutting edge finish up front concerned me massively. We looked to be a little bit rusty, but perhaps that is to be expected.

We played some nice build up stuff, but without really threatening Joe Hart massively. This season was always going to be a lot tougher than last due to the fact we’re no longer a ‘surprise package’ and we’re now without Suarez. Teams will try and stop us coming out of the blocks quickly… they’ll be all over Sturridge and Sterling and getting space will be trickier. The first two opening games have indicated that. However, City away is undoubtedly just about one of the toughest games we’ll face this season and so early in the season I don’t think there is any need to panic or become too downhearted.

The way Glen Johnson is being treated by some is an absolute disgrace, the fact his injury was met with pleasure is just not how Liverpool fans behave and personally I still don’t think he has been performing that badly. He does look like he is coming to the end of pretty distinguished career, but Rodgers obviously still values his experience otherwise he wouldn’t continue to play him. It’s another example of Liverpool’s true support just being eroded by idiots and the moronic Twatterati (@anfieldshrine by the way.)

I’m glad we have Manquillo in though, he looks a talent and Flanno still definitely has a part to play. You could certainly make an argument for Flanno being as strong as anyone else we have for either full back position.

Between City and Spurs the inevitable happened and ‘Dagger’ departed. I was accused of being rather sentimental about the whole thing… indeed accusations of downright man love were levelled at me, but I don’t care… I was absolutely gutted to see him go. I get it… he is injury prone… perhaps not as commanding as we would like… out of Rodger’s plans, but I still think he is one of the classiest defenders we have had in the last 20 years and deserved more from his Liverpool career. But it’s more than that; he clearly ‘got it.’ His love and loyalty for the club, city and fans is unquestionable and it is a trait that is becoming less and less common. I’d take the likes of Agger over some mercenary any day of the week. The fact he wanted to return home to Bronby rather than play elsewhere in the Premiership or Europe says it all and I’m about to scour the Danish side have certainly found themselves a new follower in me.

What a difference a week makes and all that. Another great performance and result away at Spurs, it was never going to be quite like last season, but it wasn’t far off. Mario looked good, he should have scored, but that will come. Sterling was outstanding again… although how he didn’t finish after THAT run we’ll never now. Moreno bounced back from his mistake against at City the best way possible with a worldie of a goal. Our captain marvel made a good point, if a Barca or Real left back had scored that goal everyone would be creaming themselves (he didn’t quite word it like that.)

Finally, something that shouldn’t go unnoticed was the fact we kept a clean sheet and about time too. I’m still not sure whether we have properly resolved our defensive problems, I’m not convinced by Lovren but Sakho actually appears to be our strongest option if you believe the stats. Getting a settled back four would be a start, so let’s see who Rodgers sticks with.

So, it’s been a pretty hectic start to the season, just the way we like it… now we just have to endure a ‘International break.’ Luckily I have a wedding to go to – bring on Villa.


Well done to MK Dons who beat some mid table Premier League side in the league cup… I forget who it was.

Oh and finally... finally... a certain someone arrived on Merseyside... 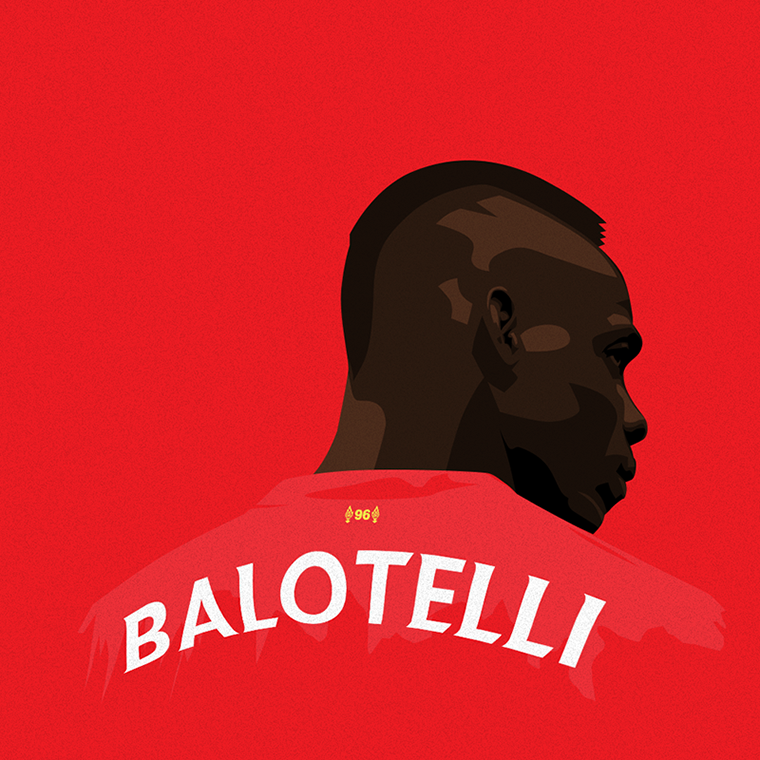